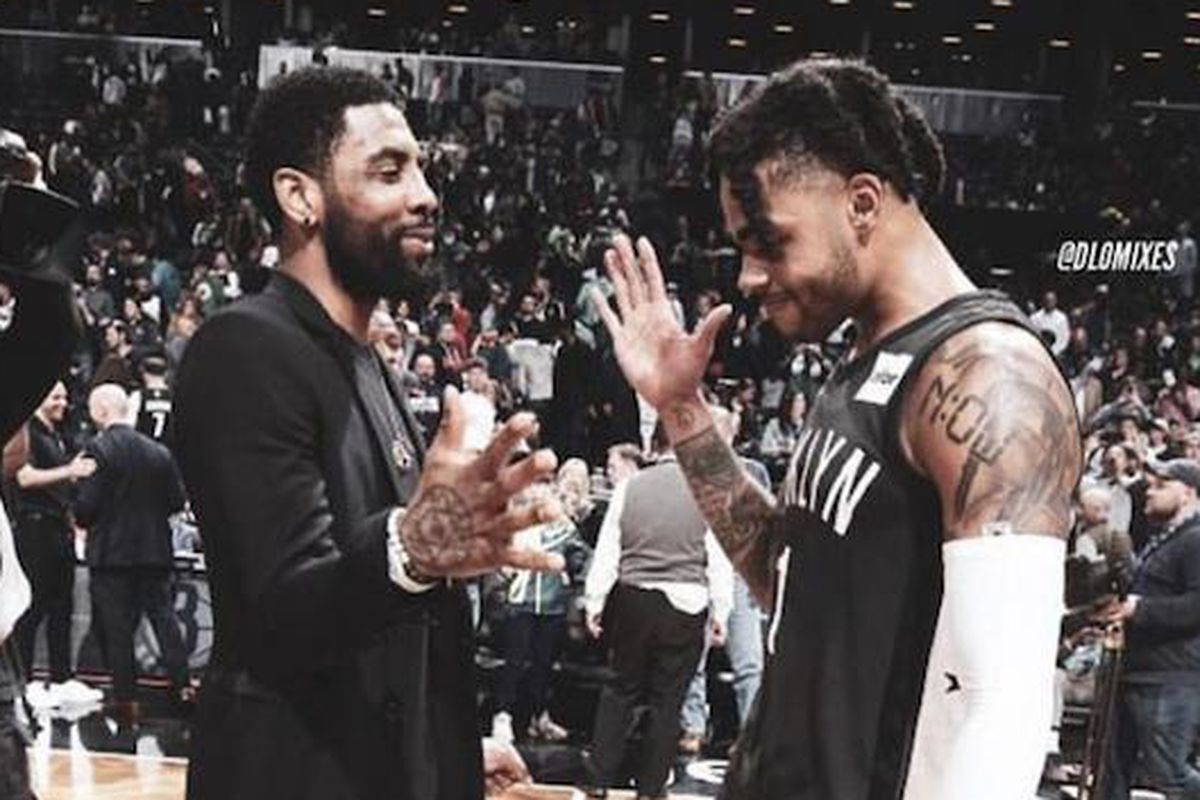 Things are about to get interesting soon.

This is the point of your existence as a fan of a NBA team/player where the uncertainty of the offseason begins to get interesting, unsettling, yet at the same time pretty fun in a way. The Brooklyn Nets are entering this offseason in one of the best shapes they have ever been with a bunch of cap space to sign 2 max free agents and a young improving roster. After finishing the season 42-40 and getting sent home in the first round, the Nets have turned a lot of heads in free agency - none more so than Kyrie Irving.

For the very longest time, Kyrie Irving has been linked to leave the Boston Celtics to join the New York Knicks alongside Kevin Durant. Those rumors and speculation are almost put to bed lately with recent reports (per Stephen A Smith, Colin Cowherd) that Irving has indicated that the Nets is where he wants to be next year. If those reports hold to be true, then the Nets just signed a star point guard. All would be great and fans would breathe a sigh of relief right? Not quite. Remember the Nets still would have one more max spot left open for a free agent - it could be Kevin Durant, it could be Kawhi Leonard, it could be Jimmy Butler or Tobias Harris. All those names are great and all but what would that mean for D'Angelo Russell?

It seemed like D'Angelo Russell was destined to be the star growing forward for the Nets after he had a Most Improved/All-Star caliber breakout season and it appears that he wants to stay in Brooklyn. Here comes the uncertainty. According to Shams, aside of the Nets, teams like the Timberwolves, Jazz, Magic and Pacers are all interested in requiring Russell. But what does Russell want to do? For now, it seems like he's still focused on the Nets HOWEVER, he understands that if the Nets want someone else over him that it's a business. It would be a pretty low blow from Sean Marks to let Russell walk after preaching culture and development for the longest time then allowing your up and coming All-Star to leave.

Russell could potentially play alongside Kyrie Irving but the fit would be rather weird and interesting. Their high school coach Kevin Boyle has indicated that both Irving and Russell would be a great pairing together as both do not need the ball (though Irving does and Russell is exceptional off the ball) to be effective.

The fun doesn't end just yet. The trade rumors are also starting. Rumor is that the Phoenix Suns could be shopping their 6th overall pick for an experienced point guard. Obviously, Spencer Dinwiddie has been linked to those rumors as well as Russell and Caris LeVert. It would appear the Suns would want Dinwiddie over guys like Mike Conley (who without a doubt will be traded this offseason). Dinwiddie is younger and just as productive. There is also a rumor that the Nets would want to get in on the Anthony Davis sweepstakes. Some suggestions indicate that the Nets would offer the 17th and 27th picks, Jarrett Allen, Dzanan Musa, Rodions Kurucs and Caris LeVert or Spencer Dinwiddie for Davis. I don't see that trade happening but the idea is out there.

With the NBA Draft quickly approaching, the Nets would hold the 17th and 27th pick and the options are all intriguing. I personally would like to see the Nets snatch Jaxson Hayes or Bol Bol with the 17th pick and then snag Kevin Porter Jr with the 27th pick.