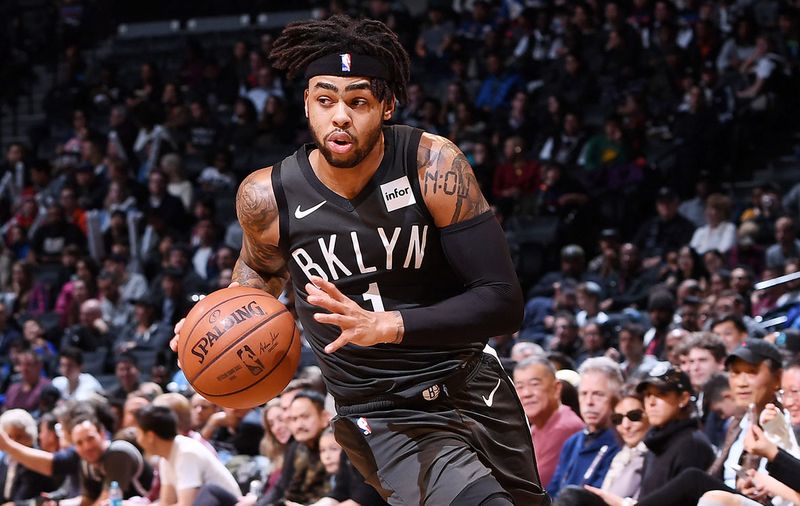 With the All-NBA selections just hours away from being revealed, I thought this would be a good time to make a case for Brooklyn's All-Star D'Angelo Russell to be a part of the teams. TThough it is very likely he won't make it, you can easily make a strong case for Russell to at least earn third team honors.

If we look at the guard competition for the All-NBA teams, it would more than likely go like this:

With the award not exactly limiting to just 1 point guard, 1 shooting guard anymore. It'll be safe to say that the first team would likely be Harden and Curry. 2nd team likely being Irving and Lillard. Which leads us to the 3rd team. Russell Westbrook and Kemba Walker arre strong candidates and so is Bradley Beal. I would have Russell making it with both of them (Beal being slotted in as a forward).

My case for Russell starts like this, The Brooklyn Nets this year started out 8-18 with Caris LeVert being their best scorer during the time. Many had believed LeVert was Brooklyn's next All-Star until he had that devestating injury. To make matters worst, the Nets best bench scorer Spencer Dinwiddie also goes down with an injury. All seemed lost for the Nets to tank for a pick but if it wasn't for the superstar like play from D'Angelo Russell - the Nets would have been nowhere. The Nets went on to win 8 straight wins to put them back into playoff contention with Russell averaging 24 points and 7 assists during the stretch. Russell then went on to average over 20 points and 7 assists for the next 3 months.

That's not all, Russell had reached many records as being one of few players during the year to average over 20 points and 7 assists - the others being James Harden, Russell Westbrook, and LeBron James. Russell also led the entire NBA in total quarters with +15 points or more. He averaged career highs across the board and led this Nets team into the 6th seed of the playoffs. He also earned his first All-Star all be it replacing Victor Oladipo but he still made it regardless (should have made it over Kyle Lowry but whatever).

Russell is entering his first official free agency as a restricted free agent and the Nets would be fools to let him walk. If they can keep Russell, sign another max free agent and then go after mid end talented players (like Julius Randle or Paul Millsap), the Nets will be a scary team for years to come.