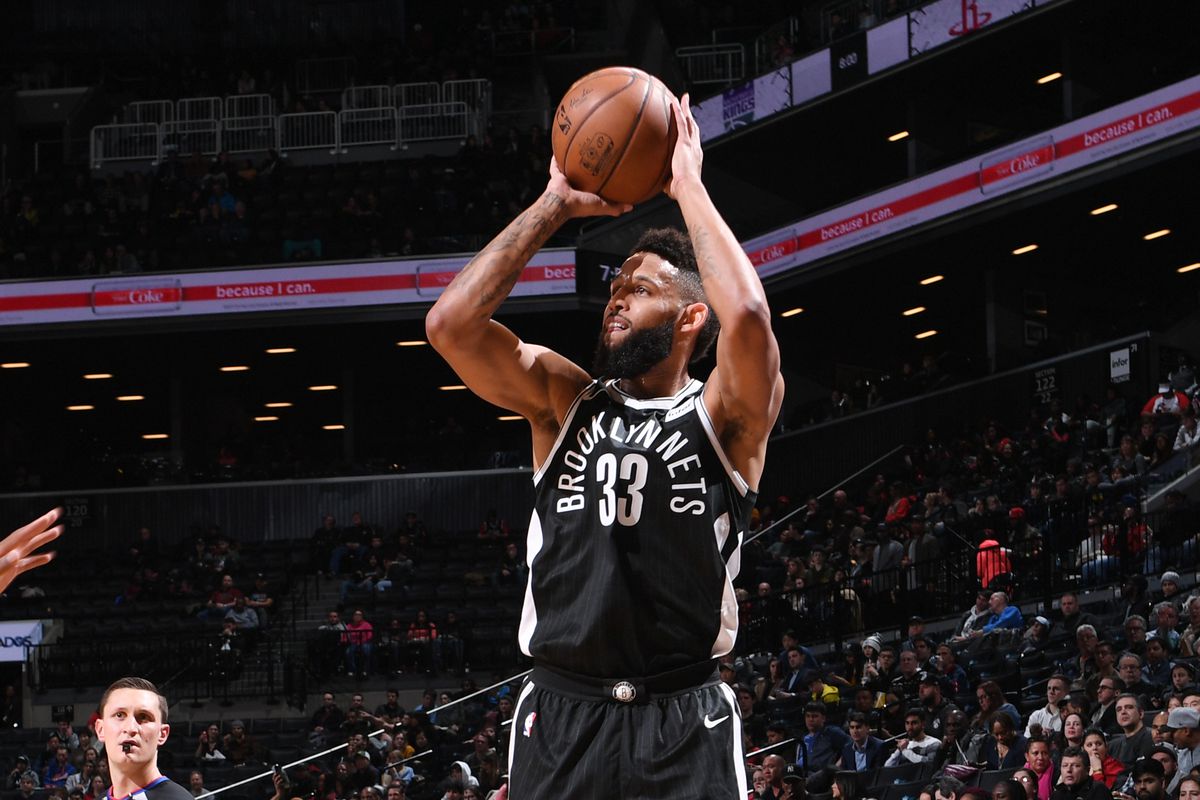 The Nets have pretty big plans this summer. You may have heard about it, and you may have read it about. Brooklyn is reportedly in the running for some of the top free agents in the sport, and for good reason. The team has a talented young core, is coming off a playoff appearance and has the ability to generate more than $50 million in cap space.

Yet, that last part garners a potential issue. While the Nets' practical cap space this summer is nearly $55 million, according to Spotrac, that accounts with having D'Angelo Russell off the team. On a recent ESPN appearance, NBA insider Adrian Wojnarowski noted that Brooklyn will try to re-sign Russell, its All Star guard, even after a marijuana citation at a local airport.

But there are other ways the Nets can acquire cap space, and it's in a way they're pretty familiar with: a salary dump. Now, the Nets have been a landfill, so to speak, for most of the past few years -- acquiring Russell with Timofey Mozgov, acquiring DeMarre Carroll and draft picks for Justin Hamilton, acquiring Kenneth Faried, Darrell Arthur and draft picks for Isaiah Whitehead, etc. -- but Brooklyn will need to do this in order to not only land a star free agent of Kevin Durant or Kawhi Leonard's caliber, but also to obtain enough space to potentially get a secondary piece and still retain Russell.

The main player involved is Allen Crabbe, who recently exercised his player option of $18.5 million. That helps the Nets, who would be eligible to move him outright at the NBA Draft, or at least agree to a deal involving him on Draft Night that would convey after July 1.

Below are some options for the Nets to try to generate more space:

Nets get: 2019 Kings second round pick (via Bucks)

California's least-talked about team could very well be a landing spot for Crabbe, who spent his college days less than two hours away at the University of California, Berkeley. Sacramento had notorious problems on the wing this season and, despite their better performance this year, still isn't a free agent destination. The Kings also don't have a first round pick in this year's draft, as its rights were traded a couple times and is now owned by Boston. Assuming the Kings renounce all their pending free agents besides Willie Cauley-Stein, the team would still have $22 million in cap room this summer. When healthy, Crabbe fits into a pace and space, free-flowing offense that Sacramento could run under Luke Walton. To me, this deal makes an incredible amount of sense for both sides. And hey, the Nets still get a draft pick.

The Hawks are building toward the 2020 offseason, so adding Crabbe and a draft pick is not detrimental to that goal. Atlanta is primed to have five picks in this draft, if not more, but they are a young, rebuilding team, and a trade like this works within the organization's vision. Atlanta GM Travis Schlenk caught some flak for not making the trade the Nets had to acquire Kenneth Faried, Darrell Arthur and draft picks, but he gets to redeem himself a little bit here by getting Denver's first round pick. Plus, the Nets get their own second round pick back. Not a bad deal.

J.R. Smith's contract is going to get traded, because it follows an old set of rules. Smith's contract was signed during the old Collective Bargaining Agreement. While Smith is signed for nearly $16 million, only a little over $3 million is guaranteed. However, for trade purposes, only his non-guaranteed portion is counted for the team he is traded to, while Cleveland would still be able to take on a high-price contract like Crabbe's. This makes Smith's contract a potential jackpot for teams trying to dump contracts and for Cleveland as well, since they don't have much cap space heading into the summer. There will be a bidding war for Smith, and this unfortunately may be the worst trade Brooklyn could make since they won't get anything worthwhile in return. But if it means the Nets can land a star free agent, I won't go crazy over it.

Wood has been a dominating force in the G League, averaging a double double in each of the past three seasons while in the NBA's lower level. However, the former UNLV big man hasn't been able to turn that into a bigger opportunity at the highest level, until he finally got a little shine this year. In eight games toward the end of the season, Wood averaged 17 points and 8 rebounds with the Pelicans after being waived by the Bucks. The Nets could very well waive Wood, but he'd be an incredibly cheap young big man off the bench -- exactly what Brooklyn could use.

This would be the most aspirational trade of any of the five listed, but this would show the Nets will be a serious player in NBA free agency by adding a talent of Beal's caliber on the night of the NBA Draft. Crabbe is primarily used for salary purposes, but the Nets will pay the cost for an All Star guard in Beal by giving up the newly-extended Dinwiddie, their 2018 first round pick Musa, two future first round picks and a future second round pick. It would signal the Wizards are tanking next season -- potentially their best option with such an overpriced roster and John Wall likely to be sidelined most of next year, which is where Dinwiddie can attempt to keep them afloat. If the Nets made this trade and renounced all of their free agents not named D'Angelo Russell, and waived both Treveon Graham and Shabazz Napier, they would have just enough cap room to sign a max free agent, such as Kawhi Leonard, Jimmy Butler, Kyrie Irving or Tobias Harris. If the Nets wanted to sign Kevin Durant to a full max contract after doing all the above, since he has 11 years NBA experience, Brooklyn would have to trade Joe Harris -- the NBA's top 3-point shooter -- and accept little to no salary in return.

Those are just a few suggestions I have, and I'm sure many more will be made over here on NetsDaily as the off-season continues. If you have a comment or a trade suggestion of your own, please leave it below. Thanks for reading!