Before the three year Playoff drought

The Brooklyn Nets' inaugural season began in the 2012-13 season, lead by head coach Avery Johnson. They had an inaugural season for the ages with a 49-33 record, compared to other teams first seasons this one was one of the best. Eventually,the season ended in the playoffs in a first round battle with a Derrick Rose lead Chicago Bulls team, losing 3 to 4 in the series.

Slowly declining the following season the Nets had a 44-38 record; just enough to make the playoffs. This time in their way was a 48-34 Raptors team that was surely going to win against them in the first round, but the series became another intense seven game battle for the Nets. But Paul Pierce, Kevin Garnett, and Jason Terry's playoff experience helped the Nets outlast the Raptors, but as we all know the trade with the Boston Celtics affects the Brooklyn Nets much later. But after a shocking series win, the Nets went on to play against the first super team in the 2010s. The Miami Heat, a team with depth but most importantly Lebron James,Dwayne Wade, and Chris Bosh. Eventually losing 4-1 in the series, the Nets would never reach the conference semifinals again.

However, what was destined to come was a sub .500 season and the Brooklyn Nets finally got one. Yet surprisingly they made the playoffs, just to lose 4-2 in the first round to a budding Atlanta Hawks team. Little did Nets fans know that below .500 seasons was about to become a reality for the organization. 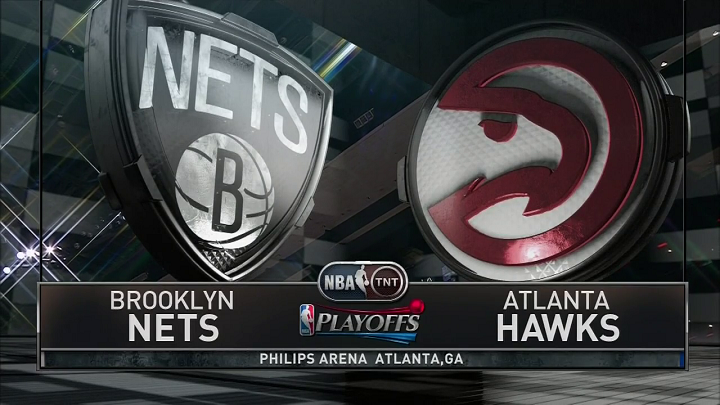 The last time the Brooklyn Nets made the playoffs. (Credit-TNT)

The drought that made the Brooklyn Nets one of the laughing stocks in the NBA.

The Nets win total in the 2015-2016 season dropped by a total of 17 wins compared to the previous season, leaving a bad taste in the mouths of Nets fans throughout the season. In fact it only got worse the following season: the Nets had a 20-62 record, but the future seemed somewhat better. In February 2016 Nets Hired GM Sean Marks, a new face with a bigger plan that wanted to help the franchise succeed. The following April with the help of their new GM,the Nets hired analytical coach Kenny Atkinson who was bringing a different and more efficient style of coaching compared to previous coach Lionel Hollins.

Before the 2017 draft Sean Marks made one of the biggest moves of his career by deciding to trade Brook Lopez and the 27th draft pick of the current draft to the Los Angles Lakers for D'Angelo Russell and Timofey Mozgov. Getting a young player like D'Lo was a smart move by Marks, because his potential only needed to be unlocked and improved by a good coach which they already had in Atkinson. Two days later the 2017 NBA draft had arrived and with "The Trade" still haunting the Brooklyn Nets and helping the Boston Celtics, the Nets decided to get Jarrett Allen AKA "The Fro" with the 22nd pick. The Nets got a talented player that was slept on by other teams, but also needed time to grow and learn in the NBA.

The whole 2017-2018 season was about learning a revamped Coach Atkinson playbook and letting the young talented players play, while the veterans took a seat back. This lead to a small improvement on the season with a 28-54 record, eight more wins than the previous season and a summer dedicated to getting better as a whole. 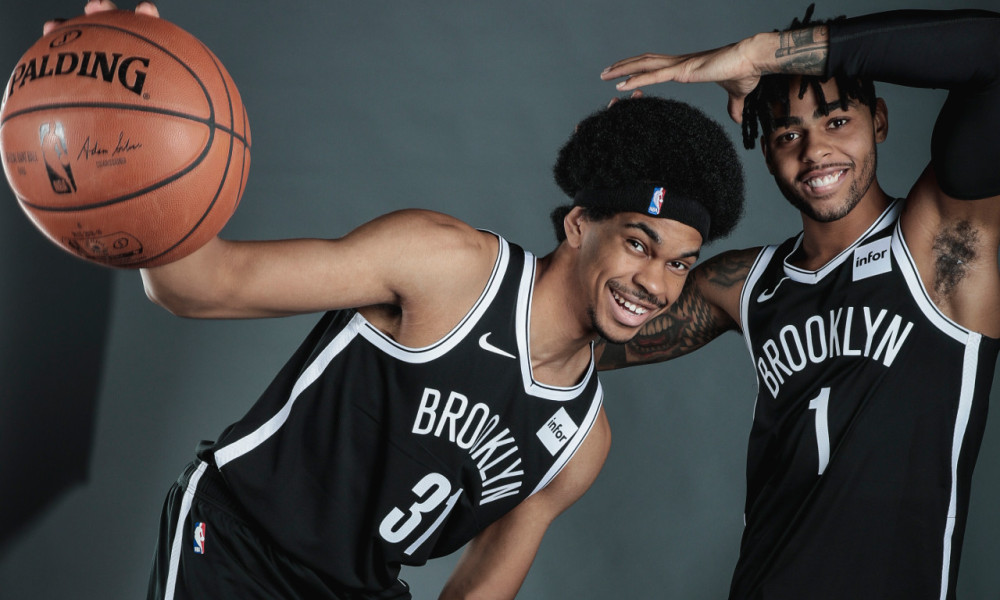 The pieces to a bright future. (Credit to Hoops Hype)

The present and what does the future hold?

This season the Brooklyn Nets has improved to a 39-40 record with three games remaining in the season, with big wins over the Celtics, Philadelphia 76ers,and the Denver Nuggets. Atkinson's playbook is starting to work in Brooklyn and it is leading the Nets to a potential first playoff berth in 4 years. However, due to a tight race with the Miami Heat and the Orlando Magic,winning is the only option right now in order to secure a spot in the playoffs.

If the Brooklyn Nets were to make the playoffs this year and lose in the first round compared to the last three seasons this is a major improvement. The Nets are now back to square one and they have to find a way to be consistent for more than three seasons. Fortunately, they can get two major free agents this summer and it looks like the franchise is finally well run by Sean Marks and unlike last time making decisions will be taken more seriously. The Brooklyn Nets has received a 2nd chance and now it's time to progress cautiously as a organization.