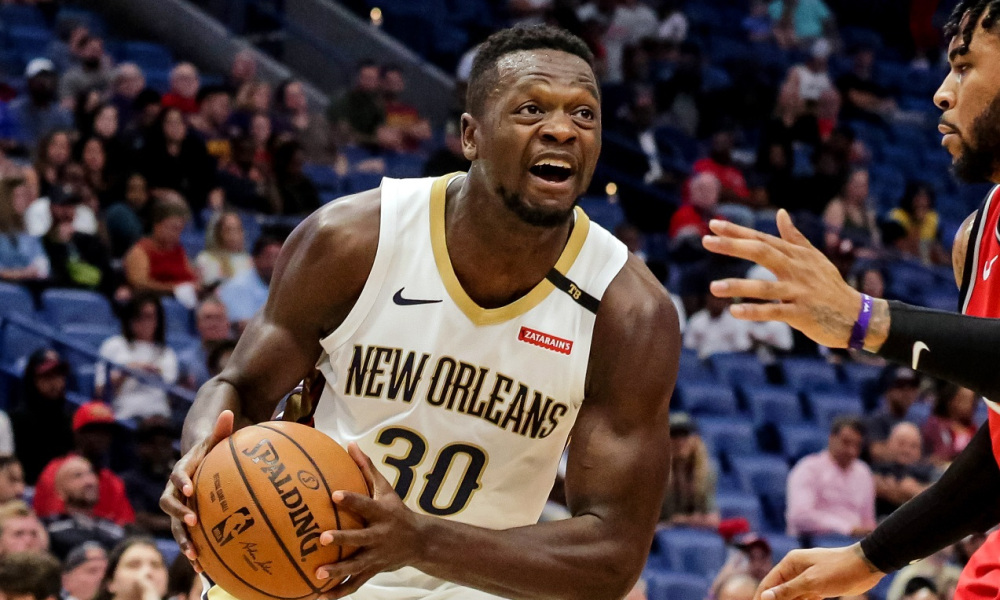 One of the best young power forwards in the game, could the Nets try to pry him away in Free Agency?


As the free agency of 2019 begins to loom around, we start to look around the free agency pool as so many names as such as Kevin Durant, Kyrie Irving, Kemba Walker and others are entering. But what about those names that you don't really hear a lot but you can still throw money at? One name is Julius Randle of the Pelicans.

Randle for the underperforming Pelicans is averaging a career high 20.4 points and 9.0 rebounds. He signed a 2 year player option with the Pelicans but wr anticipate for him to opt out to find a better situation for himself and possibly get bigger money. So that got me thinking what would be the pros and cons if the Nets were to get him?

*A beast on the inside - Julius Randle is one of the best players in the post. He can literally get wherever he wants down low. He use to just be a bully with no direction around the rim but he has taken upon himself to calm himself down and get into physical form where he can play more under control.

*Could Play Some Point Forward - What we see Rondae Hollis-Jefferson do when he grabs the rebound and just takes off, Julius Randle can do that 10x better. He's also an underrated passer.

*Chemistry with DLo - Julius Randle and D'Angelo Russell spent 2 years together with the Los Angeles Lakers and both has maintained a healthy friendship throughout the years. If Brooklyn can still hold onto Russell this year, they can possibly add someone who already has the chemistry with Russell and we all know chemistry is key.

*Ball sometimes stops - Occasionally the ball would stop when Julius Randle has the ball. I can't tell if that would be a bad thing under Kenny Atkinson because when the offense falls a part, they would result into one on one action. It's effective sometimes.

*Not really a shooter - Although Randle has gotten better as a shooter, he's still noy a knockdown shooter and in a system that desperately needs a tall stretch 4. That may be trouble.

Would you want the Nets to sign Julius Randle?