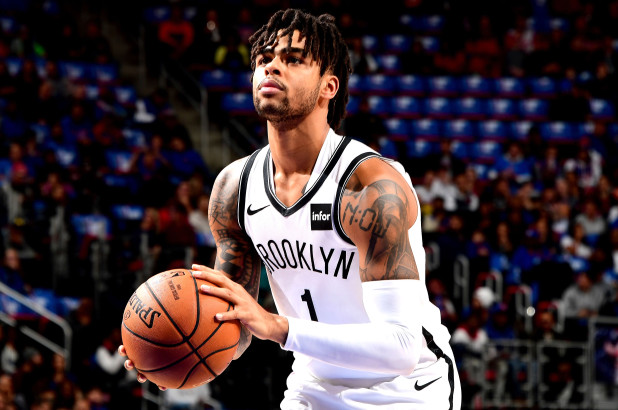 He's earning respect but still not getting it

Over the last 2 months, D'Angelo Russell has had the greatest stretch of his career and probably the most efficient. As the Nets continue to poor on wins, they haven't been able to get this far without the emergence of Russell's productions. Averaging 19.2 points and 6.4 assists while shooting a career high 43.7% from the field and a career high 37.8% from 3. He's averaging 31.0 points and 7.5 assists over his last 10 games as well as shooting 51%. You would think Russell has earned a legit spot in All-Star conversations right? Not according to multiple media outlets.

As such as Zach Lowe who recently said that Russell has been having a tremendous year but will not get the All-Star nod over Kyle Lowry or Eric Bledsoe due to both being "on the top 2 teams". Bledsoe is averaging 15,4 and 5 on 48% and is a partly a reason for the Milwaukee Bucks success while Kyle Lowry is having a rather underwhelming year. Averaging 13,4 and 9 on 40%. Sure Lowry is averaging a career high in assists playing alongside Kawhi Leonard and the emerging Pascal Siakam, but he has also missed a ton of games and is not the biggest reason for Toronto's success as more as Russell has been for Brooklyn.

The disrespect for Russell continues after Doug Gottelib...however you spell his name, recently downgraded Russell's play due to his struggles when he was with the Lakers and the issues off the court he had. From Paul Pierce and Tracy McGrady saying that Russell is not yet on All-Star level. Russell has been playing phenomenal but seems like he cannot shake that shadow that was cast on him after his incident with Nick Young.

However, there have been some media outlets that has given D'Angelo Russell his recognition. J.E Skeets of the NBA's The Starters recently tweeted that he is puzzled that there have been many "picking my All-Stars" that have little to no recognition for D'Angelo Russell (and Spencer Dinwiddie). Kenny Smith on NBA on TNT recently acknowledged Russell's recent play as All-Star worthy and even defended Russell from Charles Barkley's comments about his incident with Nick Young. "That was 3 years ago Chuck and Nick Young isn't even in the league right now. Move on."

In conclusion, Russell deserves to be in the All-Star game this year but will not receive the proper respect from media outlets still tied to his past and it's disgusting.