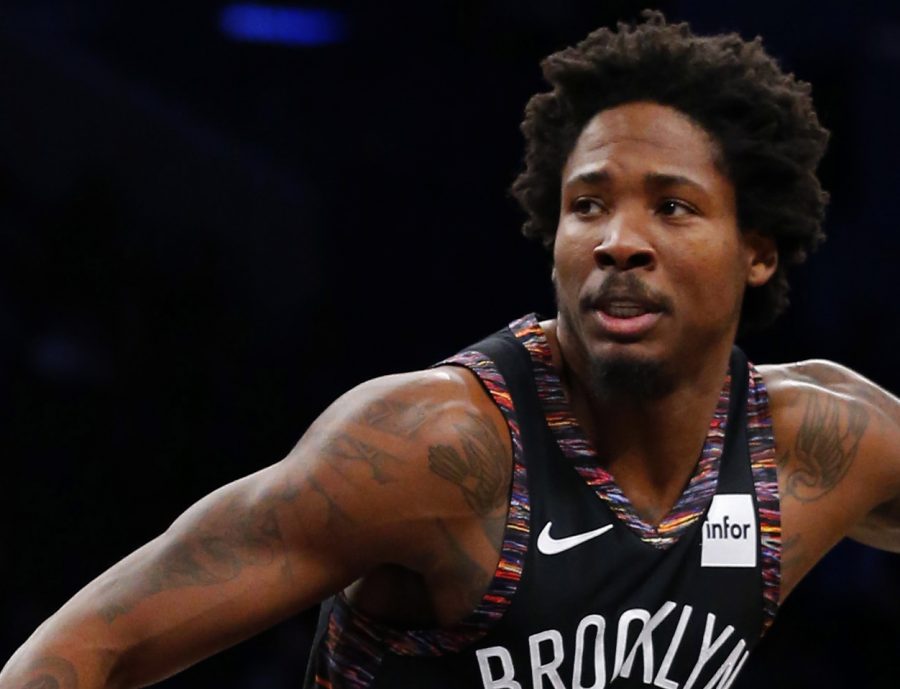 As I woke up today (it's 8:15 AM EET where I'm currently writing this), I once again turned my phone on to notifications announcing another unexpected victory for the boys in black and white. Are they unexpected, by now?

Anyway, what hit me next was a tweet by NetsDaily's favourite basketball mafioso, Pooch. "A nickname for Ed Davis", he said. It's true - the man's been in the league about 9 years and the best fans could do was "Shirt Off Ed"? (Shoutout to Bryan Fonseca for that gem).

We need more. We need to be better. This is a franchise that had Doctor J, Vinsanity and two iterations of Joe Jesus. We can come up with something for a human rebounding machine, can we not?

So let's get to it. I'll start off with some from across the internets, where Portland fans gave it their all:

Phys. Ed - I mean, it works because it's true. It doesn't really roll off the tongue, and the man himself said he hated it at some point, during an interview with Mike & Mike.

The Edforcer - pretty good. Pretty damn good. As I replay Ian Eagle yelling this after a putback and one, I think I'm moving it into pole position.

Edward Reboundhands - again, great as a follow-up cry by Bird, on air. Or one that you would use while remembering Ed's career 15 years from now, in utter astonishment. Not a great night-by-night choice.

Easy Ed - nice, albeit not particularly creative. It's also been taken by former Celtics great Ed Macauley. As irony would have it, he too was a rebounding machine in short shorts. I mean, could this one be it?

Boss Davis - initially suggested by Zach Lowe (and hated by most Blazer fans - probably either for lack of creativity or the fact that it makes him sound like a lesser Star Wars villain), has its origins in an article from way back in 2012, Toronto.

Dynamo - I've no idea if this was ever a thing, but it was definitely something that stuck around Blazer's Edge, our sister site. It's not bad, but I find it too comic book-ish.

Now, a few new choices by yours truly. Notice how almost all of them have "Big" in the formula, because it's just impossible not to have it:

Big Ed - I love Big Ed. Everyone loves Big Ed. It's a term of endearment, but also reminds you that he needs to be feared. 90% love, 10% pure, unadulterated fear.

The Big Throwback - all I can think about when I see Ed play is doing a double take. I see the Doc before my eyes. If it's not the almost-fro, it's the sheer physicality and those damn short shorts. He's all there. Plus, I mean, he always throws it back after the rebound.

The Big Vintage - similar to the above. There's not many players out there playing Ed's brand of ball, it's a dying thing. Couple that with the shorts and we're getting there.

Steady Eddie - you know what you can expect from the guy. And he delivers, night in and night out. Maybe Ed instead of Eddie, but we'll work on that later.

Eddie Crash - no one crashes the boards like Eddie. Also, a nod to a relatively entertaining duo and personal favourites of mine, Ice Age's Crash and Eddie.

There's definitely more to be added, but I'm scared it'll turn unnecessarily weird if I keep going. Thus, I pass this on to you guys, what are your thoughts? Again, big thanks to Pooch for lighting the bulb on this one.