Can Anthony Bennett fulfill his promise? History suggests it will be tough

Share All sharing options for: Can Anthony Bennett fulfill his promise? History suggests it will be tough

Sean Marks has no problem defending the minimal risk he's taking with Anthony Bennett, the Cavs former No. 1 pick who had already been traded, bought out and waived by age 23.

"We were paying very close attention to him. He’s a guy who really needs his confidence to grow," Marks told Fred Kerber. "He’s still very raw. He’s got a better opportunity to really play with us and help this team. … A lot of it is going to be up to Anthony himself to figure it out, to put in the time to make the most of this opportunity. For us this really was a risk worth taking."

But Michael Salfino of the Wall Street Journal says don't get your hopes up. He argues that Bennett, judged by minutes played in his first three years, is the biggest bust ever ... and the data shows it's unlikely he'll ever be that big of a factor in the future.  Take a look... 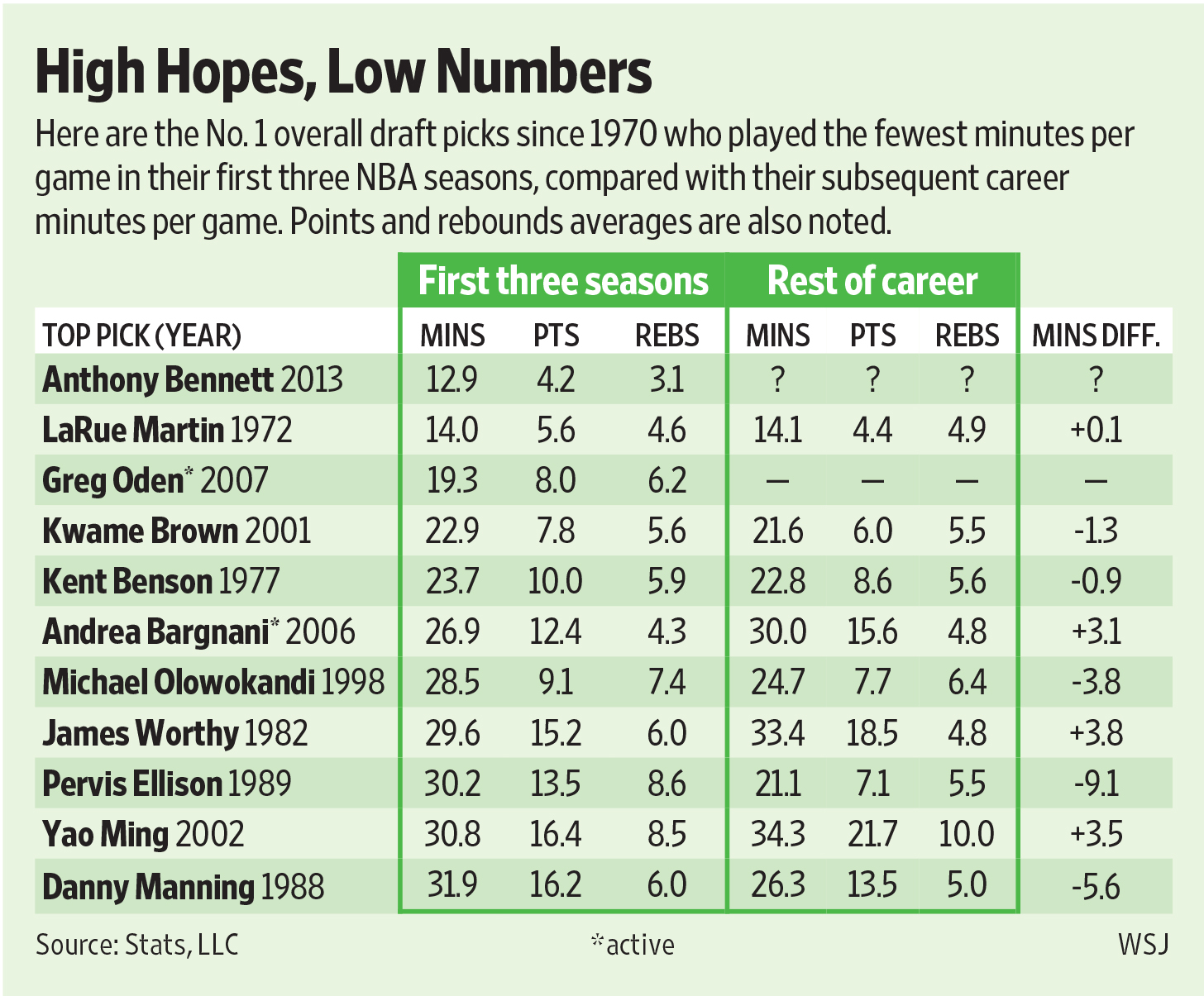 Salfino agrees that the risk was worth taking on a "diamond in the rough," noting that "it seems like a reasonable bet, given that he’s just a few years removed from being assessed as basketball’s best amateur prospect" and "it’s not like the Nets even had a top pick to give anytime soon."

There are other stats out there like this one: the slimmed down Bennett has shot 79% finishing inside, 75% in transition, and 41% on jump shots in six games with the Canadian national team this summer. Then, there's the narrative of how the Nets made their decision --it wasn't on a whim.

The Nets introduce Bennett Wednesday --to the media at a 1 p.m. press conference and to the fans at an Open House at 6:30 p.m.  He's sure to get questions, but he really won't be able to answer them until the end of October.