Share All sharing options for: NetsDaily Off-Season Report No. 19

There are 53 days left till Opening Night at Barclays Center, but only 23 till Media Day.  Most of the team appears to be in town or on their way, with all of them expected to be working out in East Rutherford by September 15.  As we've noted, the coaching staff can't direct the players, but they can observe. Meanwhile, work continues on the HSS Training Center a subway stop away from Barclays Center.

So, it's a time to be (somewhat) excited. Every team is 0-0.  Every player is averaging 00.0 points a game. Every coach is optimistic. That won't last long. So enjoy it.

Two years ago, the Nets went a bit monastic their first week of training camp, leaving New Jersey for the cloistered setting of Billy King's alma mater, Duke.  There have been rumors that King would be taking the 2015-16 edition of his team back to Durham.

In his profile of Chris McCullough Sunday, Mitch Abramson all but confirms it.  He reported, "McCullough will join the Nets at training camp later this month at Duke University but only to continue his rehab, according to the team."

So that seems to be that. After Media Day on September 28, the Nets will fly south and get to know each other and begin training and practicing at the Michael W. Krzyzewski Center on the Duke campus.  Only a hearty band of beat writers will be present.  After about a week, they will be back at what used to be called the Champion Center, then the PNY Center and now just the Nets training facility in East Rutherford.

Late last week, Markel Brown got another tranche of his guaranteed second year, bringing his total to $200,000.  On the first day of training camp, he will get fully guaranteed or $845,059.  Next up among the five non-guaranteed deals will be Quincy Miller, who'll get $100,000 on October 28, if he makes the team; and Willie Reed, who becomes fully guaranteed that same day.  Donald Sloan has to wait till November 1 to get another $200,000 and Ryan Boatright until November 15, when he will get $125,000 if he's still on the team. All salaries become guaranteed on January 10.  (Thanks to Basketball Insiders for the data.)

Luxury taxes are based on a team's payroll the last day of the regular season. So, the Nets still have plenty of time to make the final machinations needed.  And even if they are a million or two over after trade deadline deals, the taxes would be minimal.

A few other points about the Nets payroll.

--Four players --Andrea Bargnani, Shane Larkin, Wayne Ellington and Thomas Robinson-- all have player options for a second year.  That means if they do well this season, they can opt out of their smallish deals --none pay more than $1.5 million-- and either re-up with Brooklyn or seek other opportunities.

--Willie Reed does not have a second year on his deal, but the Nets will have his Early Bird Rights. The Nets signed him to a non-guaranteed training camp deal last September 23 and was waived a month later.  Since he didn't sign with another NBA team last season, that one-month deal counts as a season for Early Bird Rights.  That means the Nets can sign him to a long-term deal if they want (at up to $5 million or $6 million a year).

--If either Rondae Hollis-Jefferson or Chris McCullough prove to be solid rotation players, they will be bargains under the new TV rights-infused salary cap.  Neither will make more than $2.4 million over the next four years. With a salary cap at around $100 million in two years, their salaries will amount to between 1 and 2.5 percent of the cap.

Something caught our eye in Friday's Post, an admission that last year's Knick debacle is having an effect.  Marc Berman, who usually can find a silver lining in anything, noted that New York's five year long sellout streak is in danger.

According to a Madison Square Garden spokesman, the Rangers’ season-ticket renewal rate for the upcoming season is 98 percent, a whopping 11 percent higher than the Knicks’ 87 percent rate.

To be fair, we don't know what the Nets renewal rate is, but as any Knick fan will tell you, this is a Knick town and any drop in season ticket sales is a vote of no-confidence. Berman suggests that "the Knicks' 201-game sellout streak, dating to 2010, could be in danger. The streak factors in playoff and preseason games."

If that happens, it will get attention, and if , by chance, the Nets are doing well, there COULD be an opportunity for the Nets.  Lots of if's, but if you're looking for evidence that there's concern in Penn Plaza, Stephen A. Smith just tweeted out that the Knicks are making Kevin Durant a top priority, that Carmelo Anthony will be wooing him till "the cows come home." So will every other team with cap space.

Problem is that Durant is not likely to want to be anyone's savior, that is the guy who saves a desperate franchise.  He's got a good team in OKC and his hometown squad, in Washington, is pretty good, too.  Even if the Knicks double their win total, a big deal, that's not getting them in the playoffs.

And then, there's the issue of cap space.  The Knicks, truth be told, have paid out a lot of money to marginal players in the last two years.  As Ian Begley wrote in July, the Knicks may not be able to pay Durant.  Assuming a lot, New York could very well have less than $20 million in cap space next summer, even with the inflated cap numbers. That's not enough to pay Durant, who will get a max of $25,136,700.  The Nets could have as much as $40 million ... NOT that they will be that attractive to KD either.

But it's the same old story with the team across the river. Their situation is close to desperate but there is a never ending stream of propaganda offering hope.  Maybe at some point, their fans will start to realize that.

This is the 40th anniversary season of the Nets last championship, the ABA title in 1975-76 ... and also the last season of the ABA.  The New York Nets, who played in the Nassau Coliseum, had won the title once before in 1974 and featured Dr. J, Julius Erving, then in his prime at age 26.  Also on that team were Brian Taylor, of Perth Amboy, NJ and Princeton, who later became the NBA's first three-point specialist; Bill Melchionni, the Bishop Eustace and Villanova great whose Nets' uniform is retired.

The team had won 55 of 84 games for the third straight year despite making a series of trades throughout the season.  They were not, however, favored as they went into the playoffs. As Remember the ABA, the great ABA historical site, notes...

Although the Nets finished 5 games behind the Denver Nuggets in the regular season race, Erving was rested by the time the playoffs came around. In the ABA Semifinals, the Nets outlasted the Spurs 4 games to 3 in an emotional, grueling series. Then, the Nets beat the Nuggets in the last ABA Championship Series, 4 games to 2.

In fact, the Nets' most memorable ABA game was probably the championship clincher against the Nuggets, played on May 13, 1976. In that game, the Nuggets were desperately trying to stave off elimination and force a decisive Game 7 in the Mile High City. Since the entire nation was slowly becoming aware of the classic series, the league had made arrangements with NBC to nationally broadcast Game 7 from McNichols Arena on Sunday afternoon. With David Thompson (42 points) and Dan Issel (30 points and 20 rebounds) leading the way in Game 6, it looked as if Denver would get its wish. The Nuggets were playing with confidence and had a 22-point lead over the Nets late in the third quarter. However, the Nets wanted to end the series in front of their home fans, and staged a furious fourth quarter rally. Using their zone press, New York frustrated Denver's guards and climbed back within striking distance. Using some memorable and clutch baskets by "Super" John Williamson and "Jumbo" Jim Eakins, the Nets finally caught the Nuggets. New York walked away with a 112-106 victory and the last ABA Championship.

After the game, Dr. J spoke about other championships as the team anticipated its move to the NBA.

"It's as sweet as it ever was, I'll tell you. Now, hopefully, we started something and we can win some more championships, but we're going to enjoy this one right now. Have a little champagne," he told reporters.

But it was not to be. The Nets had to pay two huge (for the time) compensation fees, one of $3.2 million to the NBA and another of $4.8 million to the Knicks, the latter forcing the Nets to sell Erving's rights to the 76ers. (The Nets originally offered the Knicks Dr. J as compensation, but the Knicks wanted cash. The Knicks history of dumb personnel moves did not start with James Dolan.)

As a result, the Nets became the doormat of the NBA and didn't win 50 games again until 2001-02.  They haven't won 50 since.  And of course, they haven't won an NBA championship.  Could they have won if they had kept the team together?  They almost certainly would have been a contender.  In the years before the NBA-ABA merger, the Nets and Knicks played a series of exhibition games in preseason.  Before packed houses at MSG and Nassau during the Dr. J era, the Nets beat the Knicks, who had won it all twice in the early 70's, three times.

It would be a good thing if the Nets celebrated that title with a reunion of those ABA greats.  Melchionni is now 70, Dr. J is 65, Taylor 64. Good to see them again. (And if Net Income were asked if he had seen Melchionni and Taylor play in high school, he would not tell a lie. He did.)

Those wedding bells are keeping that old game of mine together

It's been a big year for weddings among the Nets players ... and brass.  Sergey Karasev married Evelina in a helicopter high above Las Vegas on Valentine's Day, not long before he was hurt. Willie Reed married Jasmine last month and Joe Johnson got engaged. Not a bad thing.

On Sunday, renowned bachelor Jeff Gewirtz, Executive Vice President of Business Affairs and Chief Legal Officer for Barclays Center and the Brooklyn Nets, is marrying Brooke Raphael in Syracuse. Made the New York Times weddings page. Brooke's family has a close connection to basketball. Her ‎father, Dr Irving Raphael, a sports orthopedic surgeon, was Director of Sports Medicine for Syracuse University Athletics and the Men's basketball team for 22 years.

We wish them all well. 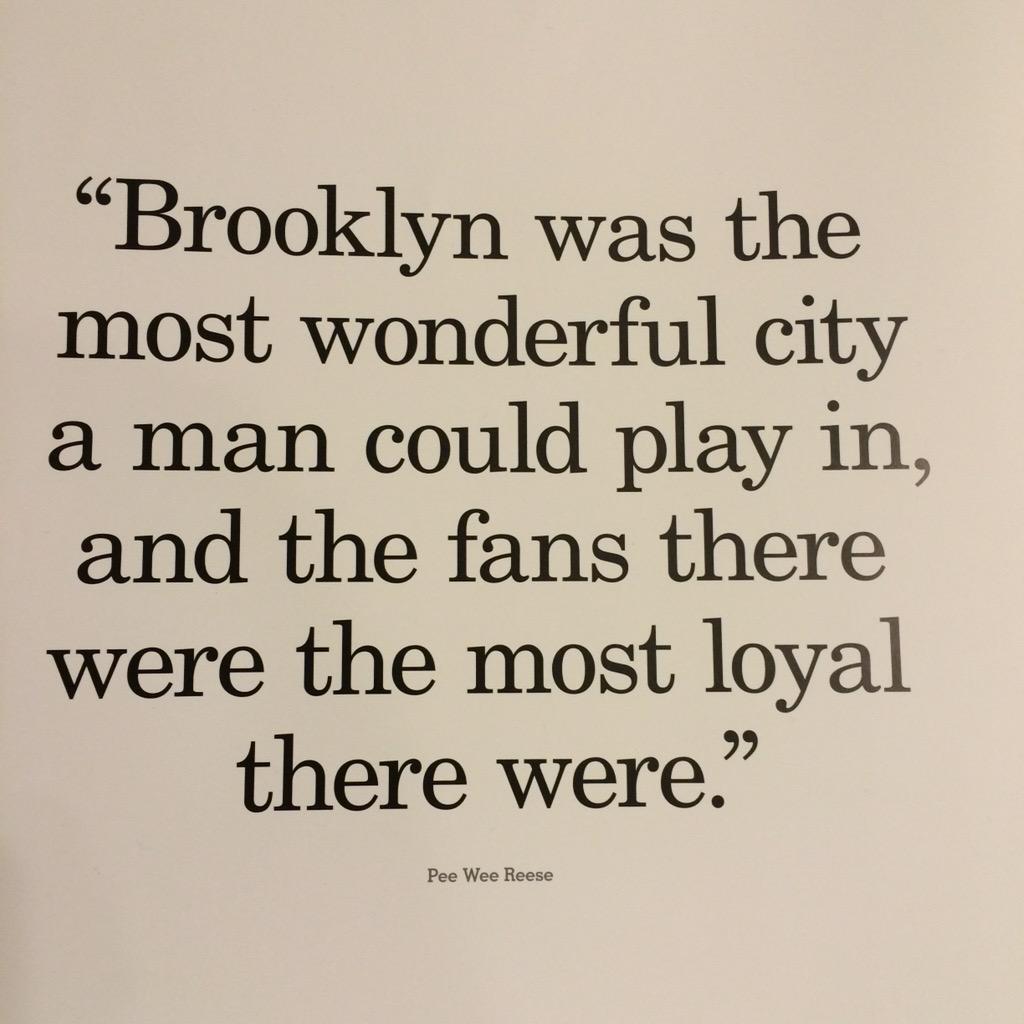