The Brooklyn Nets have announced their complete 2014 Summer League roster, all 17 names, which will compete in Orlando starting on July 5, and will be headlined by Mason Plumlee, Jorge Gutierrez Marquis Teague and the team's three second-round drift picks from the 2014 NBA Draft.

Only new name: Dan Clark, a 6'11" British forward who played in the Spanish League and for Team Great Britain in international competition. His coach in FIBA competition is Joe Prunty, the Nets assistant.

Here is the complete roster: 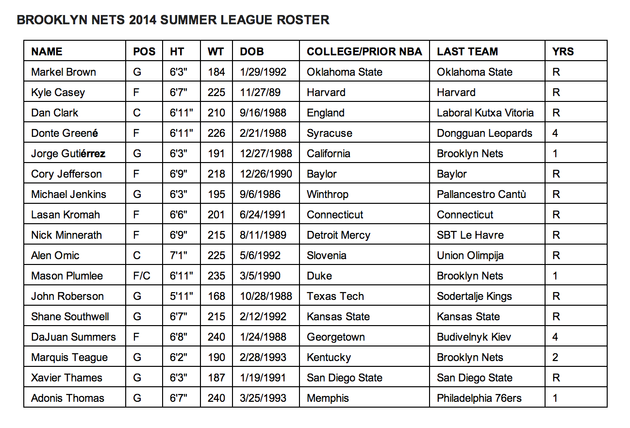 And here is the Nets Summer League schedule: 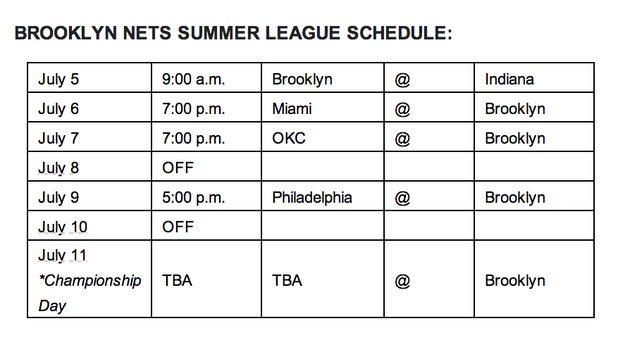 Nets assistant coach John Welch will be coaching the team along with Roy Rogers, after former assistant coach Sean Sweeney followed Jason Kidd to Milwaukee to join his Bucks staff.

The NBA will televise 60 of the Summer League's 90-plus games, from both Orlando and Las Vegas, on NBA Tv and will stream ALL games online, but at a cost.