The Brooklyn Nets have made a trade with the Minnesota Timberwolves, sending $1 million in cash in exchange for the 44th pick. And, with that 44th pick in the 2014 NBA Draft they selected Markel Brown out of Oklahoma State.

Source: Brooklyn got in the draft. Will get Minnesota's No. 44 pick. So T-Wolves will pick for the Nets.

Billy King thinks Brown could play more than one position.

"We always want to keep adding athletic players. We did it last year by adding Mason (Plumlee)," King said. "I look at him as a combo guard. I think you have to put your best players on the court."

Brown is a 6-3 shooting guard who averaged 17.3 points and 5.3 rebounds, shooting 37.5 percent from the three-point line at Oklahoma State last season, where he was a model of consistency in his senior year.  He is 22 years old. In the pre-draft combine, Brown registered a 43.5" vertical, tied for the best vertical leaps at the combine. Andrew Wiggins was not at the combine.

He once did this:

Here is his scouting report from DraftExpress. Below is his interview from the draft combine in Chicago.

Brown apparently has wanted to a Brooklyn Net for a while. 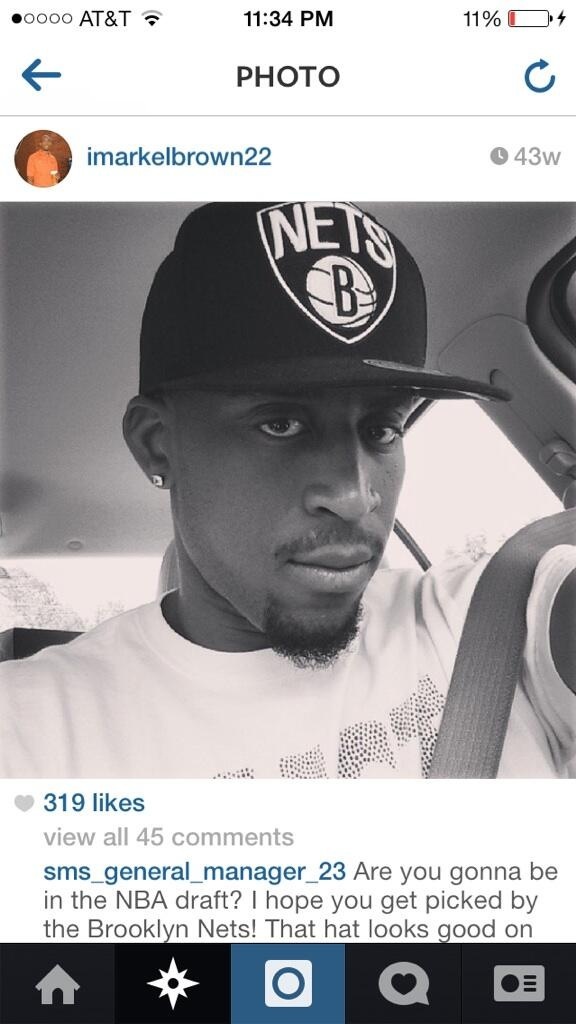