Bloomberg's City: Before and After of Barclays Center

Share All sharing options for: Bloomberg's City: Before and After of Barclays Center

As part of an extensive look at the mayoralty of Michael Bloomberg, the New York Times digital edition includes an interactive map of the city, with links to images of what neighborhoods and street corners looked like before and after the 12 years of the Bloomberg administration.

Included among the links is a before-and-after of the site of Barclays Center, the corner or Atlantic and Flatbush. 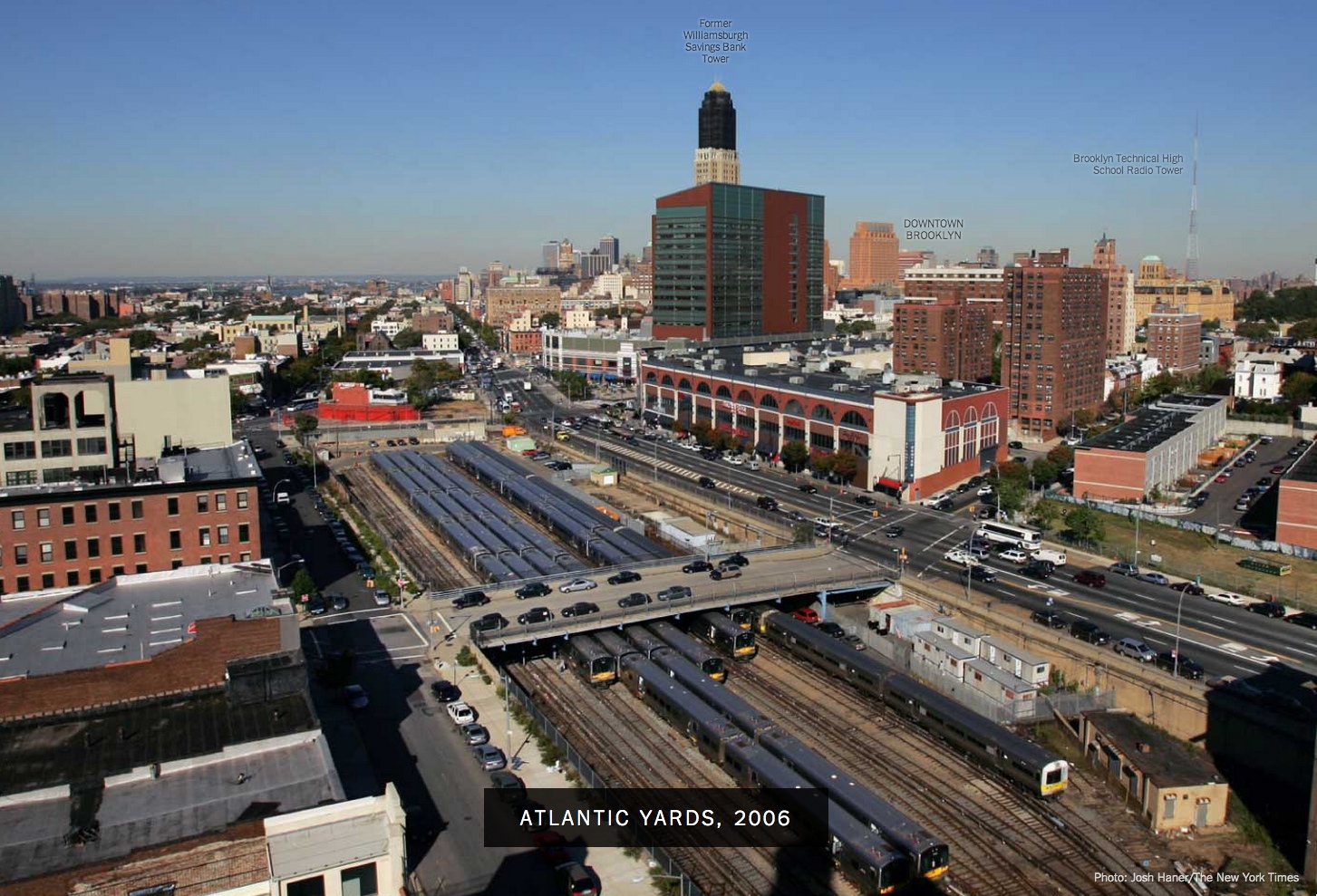 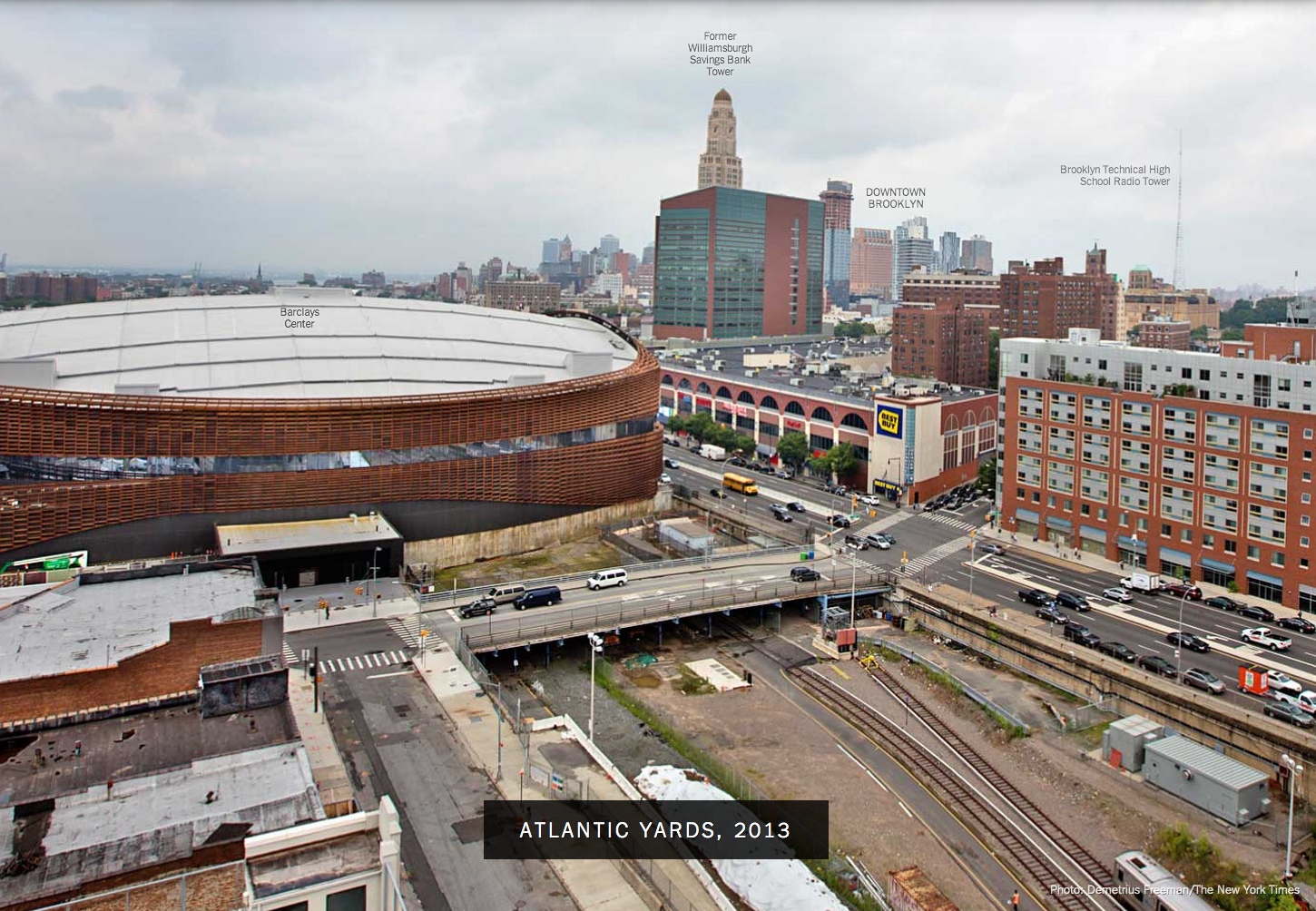 The Times also highlights the difficulties overcome in building the Nets home court, under a sub headline, "A Preference for Building."

"We have beaten the odds and the obstructionists over and over again," the mayor triumphantly declared in his State of the City address in March. He chose an appropriate venue: the Barclays Center, the new home of the Brooklyn Nets, which was a lightning rod for his all-out development police. A vigorous opposition was beaten in the courts and the City Council in much the same way he often steamrolled opposition to his comprehensive rethinking of development. His 120 rezoning proposals were approved by the Council. The city arranged cheap public-backed financing for developers at a rate that dwarfed that of his predecessor, including bonds that helped build Barclays, as well as new stadiums for the Yankees and the Mets.

Bloomberg, now a Nets (and Knicks) season ticket-holder, was a steadfast proponent of the plan to move the Nets to Brooklyn. The Mayor even hosted a breakfast for Mikhail Prokhorov in May 2010 when he finally completed his purchase of the team. Of course, not everyone is happy.