Paul Pierce making the move from Boston to Brooklyn

Share All sharing options for: Paul Pierce making the move from Boston to Brooklyn

Paul Pierce is doing well on the court as a Brooklyn Net, probably the best of any member of the team. He's also starting to feel at home with the Nets in Brooklyn. In this video from American Express, Pierce tours the borough and makes some friends with fellow Brooklynites, telling everyone that in addition to pursuing a championship, his "favorite thing is giving back."

Earlier Monday, Pierce and Jason Terry, along with the BrooklyKnight, visited Maimonides Medical Center, the Nets official hospital, and spoke with children in the pediatric unit. 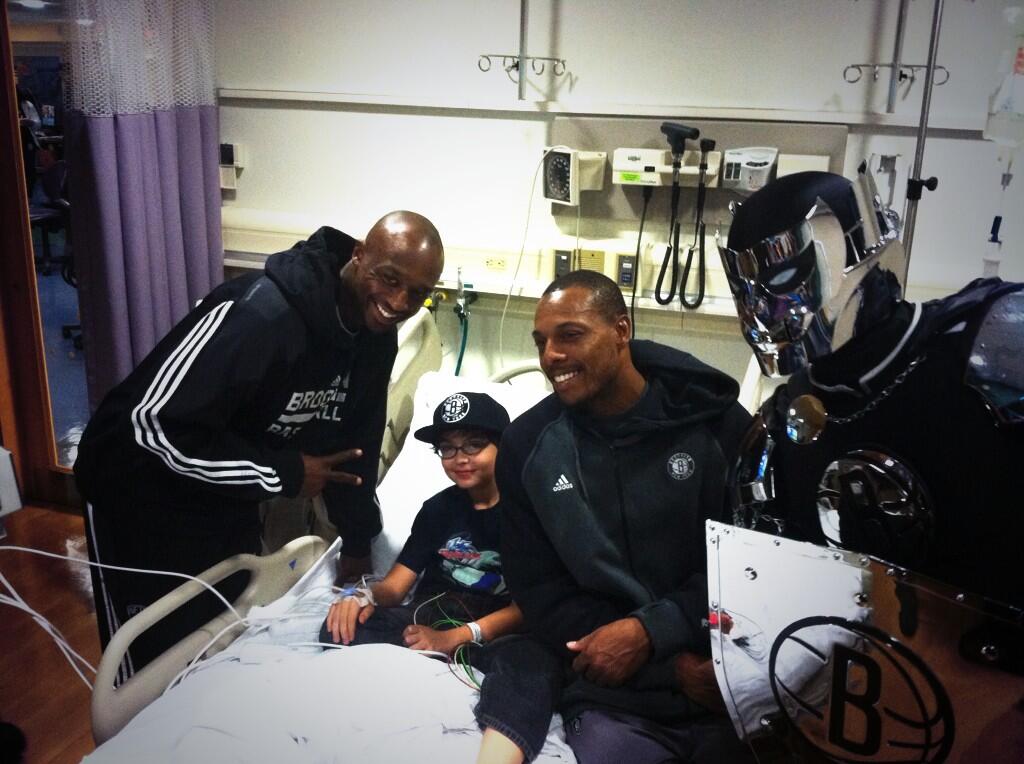