Dennis Velasco throws out five questions (well, sorta five) to Silver Screen and Roll's C.A. Clark in anticipation of tonight's pre-Thanksgiving throwdown at the Barclays Center. Who's going to end up being the turkey?

Share All sharing options for: E-Mailing with the Enemy: Los Angeles Lakers

1) The biggest news this week for the Los Angeles Lakers is easily the two-year extension signed by Kobe Bryant at $48.5 million ($23.5 million for 2014-15 and $25 million for 2015-16), which seems like a lot of money for a player of Kobe's "basketball" age, as well as a player coming off a significant injury. However, the Lakers had no choice because Kobe is the franchise and has been for some time. Plus, you should never doubt Kobe. That's fine. However, when he says that this contract will help sign another star, I'm dubious to that. Yes, the math works when you think about his 2013-14 salary of $30.5 million, but it's still not going to be as easy as Kobe seems to make it sound. How do you see this extension in regards to potential free agents coming to the Lakers? Can the team build a winner still over the next few seasons? Of course... as a Brooklyn Nets fan, I really shouldn't talk about salaries.

It's obvious that Kobe's extension makes it difficult to see a way for the Lakers to be as significant a player in the free agent market as we previously thought they might be, both for 2014 and 2015, but then, the prevailing logic at the moment is that the Lakers wouldn't have offered Kobe the extension they did unless they were getting word behind the scenes that the targets they might have been interested in (i.e. LeBron) were not going to be available to him. Can the Lakers build a winner over the next few seasons? Sure, with the right additions and the right retentions, the Lakers could build a decent team around Kobe (assuming, of course, that Kobe's game survives his Achilles injury). But a contender? One can never say never, but that does seem a bridge too far at the moment.

Do the Lakers Have a Plan? 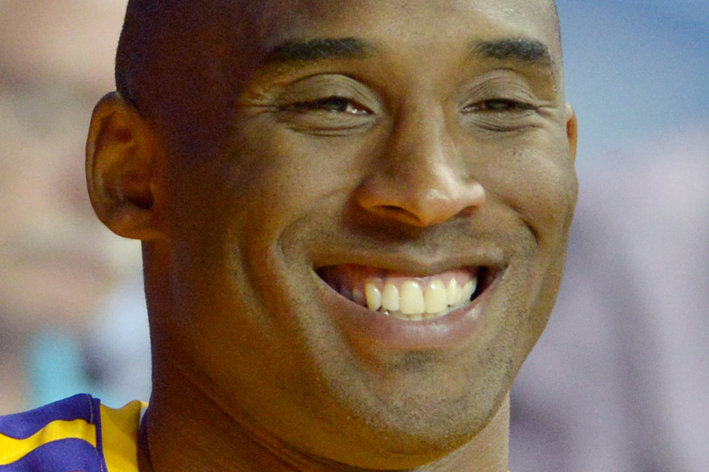 2) The team lost last night at the Washington Wizards, dipping the team one game under .500 with a 7-8 record. They're currently 1-5 on the road, but at least that lone road victory came against the Houston Rockets and Dwight Howard... you guys still hate him, right? We do too. In any case, considering that Kobe hasn't played once this season, is this record in line with your preseason expectations? Or should they be better/worse than their record?

We do hate Dwight, but not because he left us at the altar. We hate Dwight because the most logical reading of the evidence is that he was an unprofessional cancer during his brief tenure in L.A. But as to this year's team, I don't think there can be much doubt the Lakers are defying expectations by flirting with .500. They are playing about as well as anybody could have hoped they would in Kobe's absence, but the crazy part is that they've done so in spite of the two stars not named Kobe Bryant. If you were to tell me the Lakers would be a game off .500 after 15 games, I would have been happy with that. But if you were to tell me they would be a game off .500 with Steve Nash looking awful before shutting things down after six games, and with Pau Gasol shooting 42 percent from the floor, I would have thought you were insane. The record is in line with the absolute best expectations we had during the preseason, but that the Lakers still have so much room for improvement even after being (relatively) successful is very surprising.

3) Looking at the players stats for the Lakers, it just looks like they're not maximizing their potential, but they kind of are. It's weird. For example, Pau Gasol is averaging a double-double, scoring 14.3 points and grabbing 10.6 boards, but he's shooting 42.1 percent from the floor. Nick Young is performing above his career averages in regards to scoring and shooting, but he's not playing as much as you would think the Lakers need him to with Kobe's absence. Basically, what I'm saying is that this team is really confusing to me! Kobe always seemed to hold the Lakers together. That said, how well do you see them doing once he's back on an NBA court during a real game?

See above. The Lakers are confusing pretty much everybody right now. I think the easiest explanation for the strangeness going on in L.A. is that there is a carefree attitude about this team that is immensely positive after last year's fiasco. They play hard, they feel disrespected (because they are), and the chemistry of this year's team is the polar opposite of last year's crap storm. How will Kobe affect all that? I have my reservations. There's no doubt that Kobe will make the Lakers a better basketball team on the whole, and I don't worry all that much about his style of play affecting team chemistry. But my main concern is that the Lakers have achieved what they have this season by being the plucky underdogs, and I think the team feeds off of the energy that comes with that role. Kobe can't help but change that, because a team with Kobe on it cannot be considered plucky. But, if they can maintain their good qualities and incorporate a man of Kobe's talents into the team, the Lakers do appear to be solid enough to challenge for a back-end playoff spot in the West.

The strengths are three-point shooting, hustle, good chemistry and a bench unit that can be more effective than the starters on any given night. The Lakers don't have a clear-cut star right now, because Pau Gasol isn't playing like one at all (although he has been much improved the last three games), and that is a double-edged sword. It's good, because you never know which guy on the team might be the inspiration for a victory, but it's also bad because the Lakers don't have a guy they can give the ball to when they need somebody to make a play. Their weaknesses are too many to list, but none of them are as overwhelming as they were expected to be. For example, we thought coming into the season that the Lakers would be a disaster on defense, because they were a disaster on defense last year and then lost their two best defensive players. So far, they haven't been. Prior to last night's game (which will surely drag them down a bit), they ranked 12th in defensive efficiency, and I can assure you that's a number nobody was expecting.

5) What are some other things that Nets fans should know about the Lakers?

The single best way to describe the Lakers this season is fun. They play at a fast pace, they knock down a lot of threes, they have just enough athletes to be able to pepper in some highlight plays here and there, and Steve Blake is doing a damn fine impression of a poor man's Steve Nash. They may lose just as often as last year's team did, but the entertainment value of this year's team is off the charts, unless you prefer the entertainment of a dumpster fire. I could be wrong about this, being inside the Lakers bubble, but my guess is if you asked the unbiased neutral, they would admit that this year's version of the Lakers is tough to hate, especially with Kobe Bryant still out.

C.A.'s Final Score Prediction: Second night of a back to back on the road? I'll say the Lakers struggle from the outside, 99-92 Nets.

For more on the Lakers, see: Silver Screen and Roll