E-Mailing with the Enemy: Phoenix Suns

Share All sharing options for: E-Mailing with the Enemy: Phoenix Suns

So, the Brooklyn Nets come limping with a cane into their match-up with the Phoenix Suns, a young spry team led by key offseason acquisition, Eric Bledsoe, a resurgent Markieff Morris and former Nets favorite (and victim of the CBA) Gerald Green. The Suns are in second place in the Pacific with a 5-3 record and the Nets are, well, last in the division at 2-5. Considering preseason expectations, the two teams are doing the exact opposite of what many thought would happen. However, it's a young season and not even 10 percent of each team's games have been played.

That all said, how happy are the Suns and its fans that Bledsoe has actually been producing as well as he has now that he's getting conventional starter minutes? Yes, that was a rhetorical question because you must all be insanely happy. Of course, he can become a restricted free agent after the season, but I'd imagine that the team would put him at the top of their list to bring him back.

Next offseason could be huge for the team as Emeka Okafor's near $15 million contract comes off the books, as well as a few other contracts, which will free up a significant amount of money, depending on Bledsoe's contract situation. And, of course, they could have draft picks galore in the first round if conditions are met. The team playing well this season thus far is just a bonus! What are your thoughts on the potential future of the Suns? And what are three to five things that Nets fans should look out for?

Dave King: On the Suns future...

Well, the potential is there for a great future. As you said, the Suns have more than max money available next summer if they want to spend it, plus up to four first round draft picks in the best draft in a decade. Already in the fold are a tremendous coaching staff, a potential All Star and max-extension candidate Eric Bledsoe and a lot of other young talent.

But even this season, the Suns have $5.5 million in cap space - second in the league - to absorb someone's contract while taking on yet another future asset. That's not to mention the expiring Emeka Okafor, who if healthy before the deadline could turn into something else too.

For GM Ryan McDonough, that's just enough wiggle room to make some more magic happen. This is the guy who turned 33-year old Luis Scola's amnesty claim into a future first round pick AND starting center Miles Plumlee AND so-far impressive Gerald Green. We were expecting nothing from Plumlee or Green but they have been spectacular for the 5-3 Suns. Before that, he turned a role player (Jared Dudley) and a second round pick into Eric Bledsoe, who just might earn that max contract extension this year. And after that, he turned disappointing Marcin Gortat into a huge expiring contract and yet another first rounder. Sure, none of these first rounders are in the top third of the first round but assets are assets. Remember what Houston ended up doing with all their young talent.

Yet, the downside to their future could be their current success. The key to really turning around the franchise is acquiring multiple franchise-altering talents. Bledsoe could be one of them, but a top-3 pick in the 2014 Draft could/would be a franchise-changer too. Yet if the Suns keep winning, they can kiss that dream goodbye. They would have to succeed on the Houston model (trades) rather than the OKC model (draft).

FOR MORE ON THE SUNS, SEE: Bright Side Of The Sun

Things to watch on Friday night...

1) How difficult center Miles Plumlee and forward Channing Frye make it on New Jersey to score at the basket. Plumlee and Frye are both allowing less than 40% conversion rate on attempts at the rim, putting them top-10 in the league (among those defending 6+ such attempts per game). They are not quite as good as Brook Lopez (31% allowed at rim), but still very good.

2) ... how few open 3-point attempts the Suns allow. Somehow, thanks to adding assistant Mike Longabardi from Boston last year, the Suns are defending all the right areas of the court very well including the 3-point line. I've never seen a Suns team play such solid defense all game long. If the Nets are getting open shots, then the Suns are having their worst game of the season.

4) But when the Suns are forced to play half-court offense, they are decidedly average. Most often, the points are scored on pick-and-rolls with either of Bledsoe or Dragic forcing the defenders to commit and then either scoring on their own or dumping the ball to Plumlee or a three-point shooter. The half-court offense is herky-jerky and not always effective, primarily because Dragic has only finished 3 of 8 games this year and Channing Frye has missed 80% of his 3-point attempts.

5) ... how hard the Morris brothers play. If the Morrii are active and engaged, the Suns are a much better team. Last week, Markieff Morris was player of the week in the West - the first second-teamer to win that award is several years - by scoring 23+ points in 3 straight games. His brother Marcus, meanwhile, pulls down 6 rebounds a game and makes 43 percentof his threes so far this season

The Suns game is playing hard-nosed defense, creating stops and chaos that result in open court shots. The more of this, the better for the Suns.

NetsDaily Q&A on Bright Side of the Sun 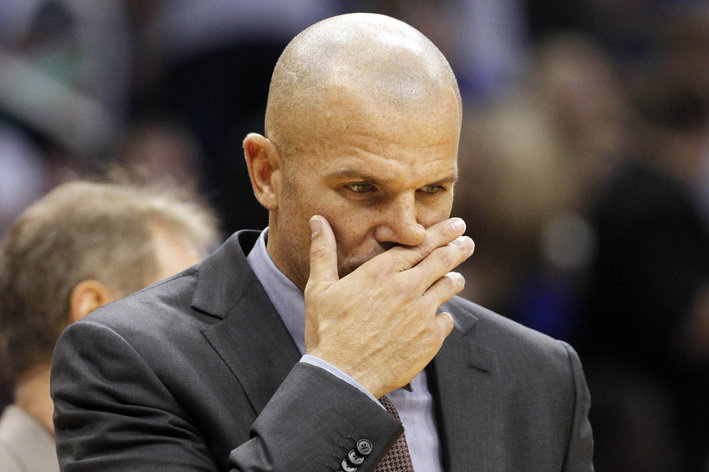 Dennis Velasco answers a few Nets-Suns questions on Bright Side of the Sun.

DV: Being a Nets fan through 12-70, losing the first overall pick the following NBA Draft, Melodrama and several iterations of Dwightmare, all we had to hang on to were our multiple draft picks over the following years, as well as cap space. There's a certain masochism involved, but that promise of a bright future was always appealing. And here we are, with the results of all of those draft picks traded and cap space spent above and beyond restricted means for a limited window for true success... and, at the moment, Nets fans are not happy or satisfied. From the outside, it looks as though the Suns could end up better off if all of the pieces fall perfectly for them, as well as having a core of young and athletic players. But, enough about the Suns' potentially fiery future and back to the muck and mire that is the Nets' present.

You mention the Suns' ability to protect the rim and contest triples, as well as the team's ability to score on the break... all of these things can kill the Nets during the contest. However, you also mention that if the pace changes and slowed down, the Suns ability to score is reduced. I personally feel that the Nets should follow this game plan as the Indiana Pacers do, particularly when opposing athletic and fast teams, so I'm glad you mentioned this.

So, put on your prediction cap - how does this game play out and what's the final score?

DK: What's always been a staple of the NBA is that young, focused energetic play can run a veteran team off the court on any given night, especially early in the season. The Suns got the short end of that from teams like the Nuggets in recent years as they watched Steve Nash and Grant Hill age before their eyes.

With the Nets struggling out of the gate to find the right chemistry, there is a better chance that this game is a runaway for the Suns than for the Nets. Yet, every single Suns game of the season has been within 5 points in the last 5 minutes, so we don't know what a blowout looks like.

The most likely outcome is that the game is close in the final minutes, and it comes down to execution in the last few possessions for each team.

Since the Suns are at home and riding high on confidence right now, I will predict a Suns win: 105-95.

DV: You are a lot more optimistic than I am. I think this whole road trip will be a learning experience and a kick in the butt for urgency. Below is a paragraph written for Bright Side of the Sun regarding the outcome of tonight's game...

The Nets have had BIG-TIME trouble with younger athletic teams that can run up and down. The Nets took the day from practice on Thursday, in all likelihood because of the anticipation of needing their legs for the Suns and Los Angeles Clippers the next night. However, it had to have also been for that mental break - to clear their heads. I've been a fan of the Pacers offense that controls tempo and for the Nets to succeed, I think they need to follow that model. It'd be nice if they actually played D like the Pacers too, but we can't always get what we want, right? Previously, my gut instinct has been that the Nets would win... and that's objectively speaking too... and the Nets have lost. My gut instinct here is that they'll lose because of the aforementioned athleticism and speed, so if symmetry is a friend of mine, they'll win. However, I'll go with my gut and say the Suns run the Nets out of the building and win 112-89. But, let's go symmetry!!!