Note: Throughout the summer, the NBA sites have done themed posts. The first ones were about Cult Classics, while the second set was about your team's Best Trade Ever. This week's collection is about what three players you'd pick for a three on three tournament.

Note: My apologies for getting this post in very late.

Apparently, FIBA (or the International Basketball Federation) is considering adding 3-on-3 basketball to the Olympic Games, starting as early as 2016. Here are the rules of the tournament:

Take the jump and we'll find out which Nets would represent in this tournament. 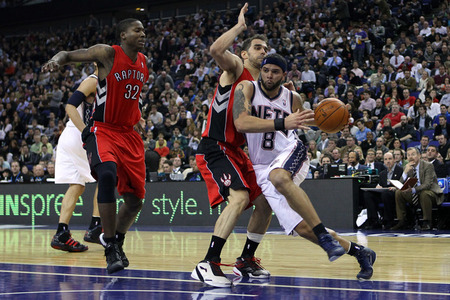 Now that I've gotten all the platitudes out of the way, let's get to business. A strength of Williams that will translate to a half court game is his deep shooting. Over his career, when healthy, he's consistently shot over 40% from 16-23 feet, which has been at the top of the league. And until he joined the Nets, Williams had been one of the best finishers at the rim at the 1 position. Deron had a 3.5 year stretch where he shot at least 60% at the rim, where the other point guards in the league shot in the mid 50s. Williams has battled injuries throughout his tenure as a Net, but we're gonna operate under the assumption that he's completely healthy.

In a shortened game (well, any game for that matter), ball control is a crucial aspect of a team's success. Throughout his career, Williams has done a good job of moving the ball around and limiting the turnovers. He's always been a player that has been able to find his teammates for good looks (see the above average assist rates) and most importantly, he has kept the turnovers low for a player who handles the ball as much as he does. 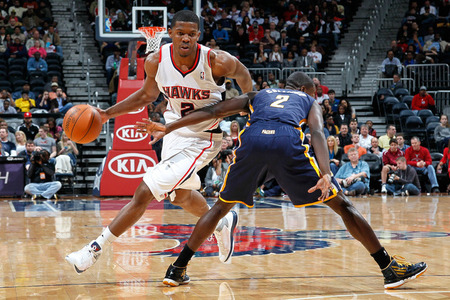 Why him: I might've gone with Gerald Wallace, but Joe Johnson's shooting & ballhandling elevates him over Wallace. Wallace has been a poor three point shooter in his career (32%) while Johnson has been more valuable from behind the arc (37%). Wallace is also a player that hasn't had the responsibility of being the primary shot taker for his offense, while Johnson has years of experience being the top option on offense(you can argue the success of ISO-Joe if you wish). Although Johnson has taken fewer shots at the basket, he's been able to convert at a higher rate than Wallace. He's also capable of scoring in isolation situations, which is a huge plus in a half-court game. JJ has also been a better passer, as he has had higher assist rates throughout his career than Wallace. And in a short, half-court game where every possession takes on added importance, you need consistency on offense and Johnson represents that.

Johnson has also been a fine defender throughout his career. He's long, athletic and strong enough to be able to defend the elite shooting guards and small forwards in the league. He's also a capable rebounder, which would be a major necessity on this team as Williams isn't one of the better rebounders at the point guard and the third player isn't a great rebounder either. 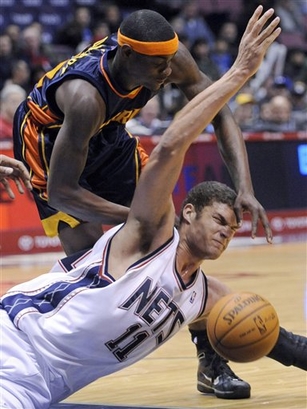 Photo from Golden State of Mind

Why him: Lopez's scoring ability is why he's here. While it isn't as high as you'd like for a big, Lopez is a 50% shooter for his career, and has shown an ability to hit the deep jumper. However, in this setting, I'd keep him inside of 15 feet. I'd do that because I feel that Lopez would provide more value if he's consistently around the basket, where he's shot over 60% at the rim in each of his seasons (including his 5 game season). His ability to finish at the rim takes on added importance since there will be free throw shooting in this tournament. Lopez is an 80% free throw shooter for his career, which is a great mark for a big. Having him operating at the basket would free up space for Williams and Johnson on the perimeter.

The other reason I'd have play inside of 15 feet is to help cover for his lack of rebounding. This is purely a hypothesis on my part, but I think one possible explanation for Brook's poor rebounding totals is where he sets up on offense. I mentioned this in a post I made about Lopez back in May:

In keeping with my little theme of location on the court, being closer to the rim would probably help with his rebounding woes. It's certainly not a guarantee, but I think if he's closer to the basket on offense and more aggressive on defense, he could make himself into a more forceful rebounder. He's not as quick as the new breed of big men in the NBA, so I think he's gotta be stationed near the rim on a consistent basis to protect the interior of New Jersey Brooklyn's defense.

How do the Williams-Johnson-Lopez trio compare to the field?

I think this could be one of the better trios in the tournament. They have good perimeter shooting with Williams/Johnson and Lopez will handle low post duties. This isn't the best defensive group, so they need to be on target offensively every game they play. Brook would also have to rebound like he did early in his career in order for the Nets to win the tournament. Just about all the teams have made an entry, and there are some hellacious matchups for the Nets. The Miami Heat trio of Wade/James/Bosh, the Los Angeles Lakers' trio of Nash/Bryant/Howard & Denver's trio of Iguodala/Chandler/Gallinari are some that stand out.