NetsDaily spent an hour at the Barclays Center construction site Friday, getting a tour from Barry Baum, the Nets' senior vice president for business & entertainment communications, and officials of Hunt Construction, the general contractor for the arena. We shot some video and grabbed some still images from the same vantage point Nets players had in their recent visits.

The latest construction update: 35 per cent of the steel is in place and the arena bowl is more than half done. Workers have begun pouring concrete on the concourse level and installing precast stairs.The second arched roof truss is underway, portions of the roof are being framed on-site and the roof will be complete by year's end. The arena's distinctive skin should start arriving in the next few weeks from Indiana and will be installed starting in July. The giant elevator for TV production trucks is being put together.

But most important of all, the finished product is still on time for a September 28, 2012 opening. Here's a sampling of we saw. 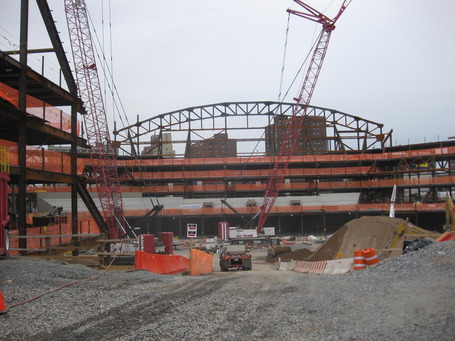 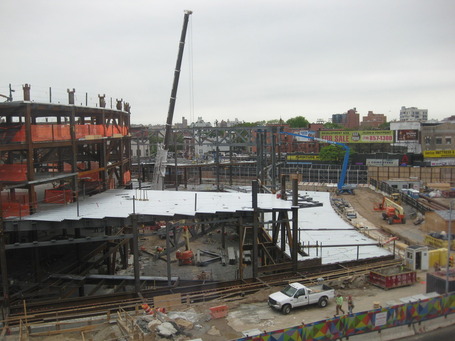 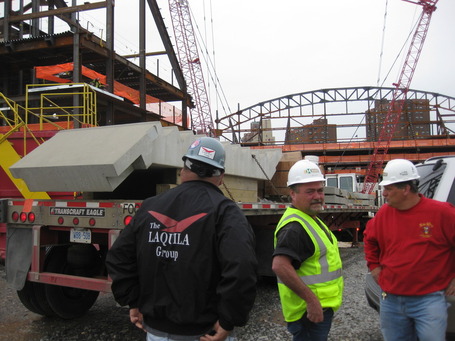 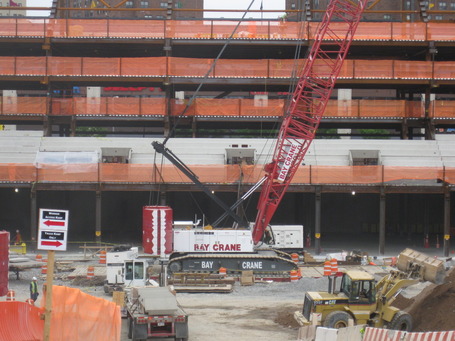 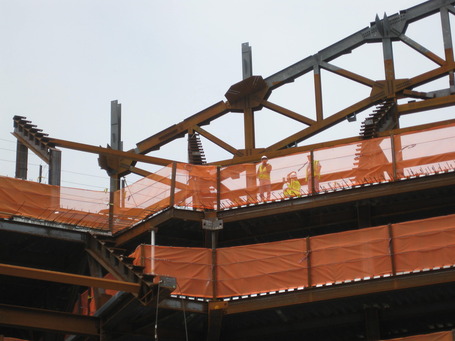 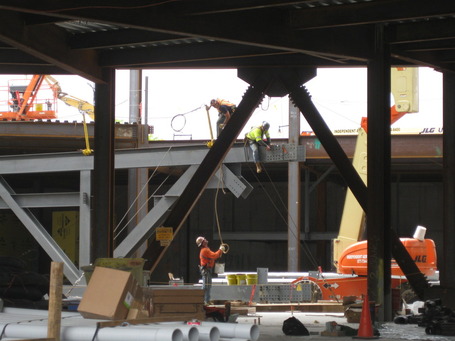 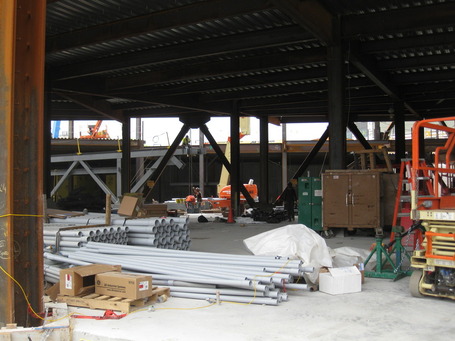 The main concourse already has concrete laid down in some sections 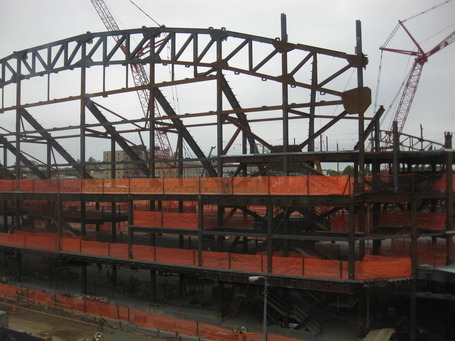 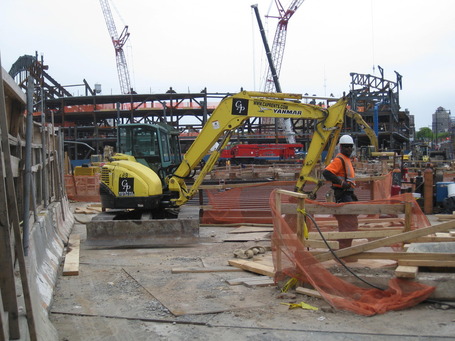