Share All sharing options for: Nets Extend Lead Over Knicks in Picks 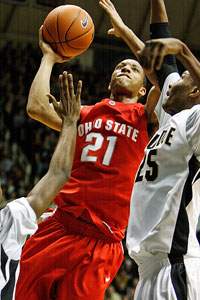 After the trade deadline, the Nets still have more picks, nine in the next three drafts, than any other team. Meanwhile, the Knicks have to be at the other end of the scale, having dealt their 2012 pick and agreed to swap their 2011 pick to the Rockets at the deadline. They had long ago traded their 2010 pick, now held by Utah. We look at what each team has, starting with the Nets' chances for John Wall...or Evan Turner.