Share All sharing options for: Team Prokhorov - The "30-Somethings" 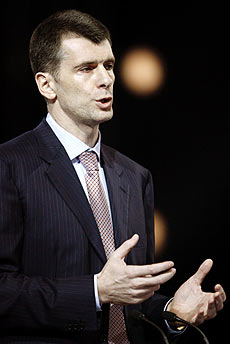 By now, we know Mikhail Prokhorov isn't going to be a typical NBA owner. Younger and richer than most, he'll also be the first international owner...and from Russia no less. He won't be running things alone. His ownership group will include some "30 somethings", mostly Russians who've already made their mark with him and now with the Nets. We profile the leading players, their backgrounds and U.S. connections.