Share All sharing options for: Nets "Inquired" About Sergio Rodriguez 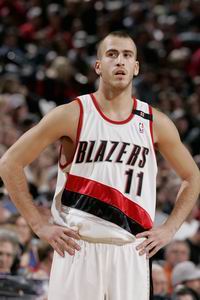 The Sacramento Bee reports the Knicks and Nets "inquired" about Kings' back up point guard, Sergio Rodriguez, the flashy 6'3" Spaniard once known as "Spanish Chocolate. Rodriguez, who has a $1.8 million expiring contract, is likely headed to Memphis. The Bee's Sam Amick says nothing with either New York or New Jersey is "imminent". Meanwhile, Rod Thorn said "I’d say probably nothing" will happen before Thursday.