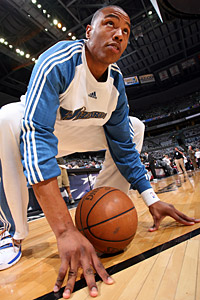 It seems unlikely...a Washington Post report that the Nets are among the teams calling the Wizards about Caron Butler. The 30-year-old, 6'7" swingman has been on the decline for three straight seasons and is owed $10 million on his contract next year. Moreover, Rod Thorn went on the record last month saying he has never spoken to the Wizards about Butler. Why start now?