Share All sharing options for: Rider Arrested, No Word on Comeback Bid 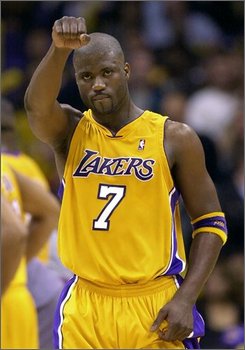 According to reports earlier in the month, J.R. Rider has been seeking an invite to an NBA training camp and the Nets were thinking of extending one. There's been no news of the comeback since. Here's the likely reason why: Rider was arrested Wednesday in a Phoenix suburb after police got a call about a family fight. Rider, 38, was taken into custody after an outstanding felony warrant was found on his record.