How Real is the Russian's Interest?

Share All sharing options for: How Real is the Russian's Interest? 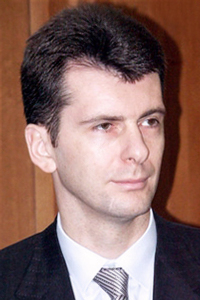 Sports Illustrated, ESPN, the New York Times and the Star-Ledger have all reported that Mikhail Prokhorov, Russia's richest man, is interested in buying or investing in the Nets. But Prokhorov's public relations rep, Juliana Slaschova, tells London's Guardian newspaper that he isn't interested in buying the team, the story's "unfounded and untrue". No further details, but Prokhorov has never confirmed any interest.