It Was Guard Day at "Mass Workout"

Share All sharing options for: It Was Guard Day at "Mass Workout" 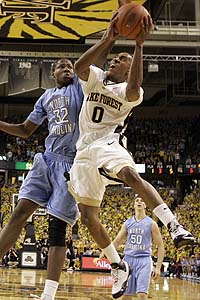 After some rescheduling that had players dropping out, jumping in, going back to school or simply not making a plane, the second day of the Nets-hosted "mass workout" got underway Saturday. No one's saying much other than players worked out hard, but there were some top flight guards on hand, led by Jeff Teague of Wake Forest and Wayne Ellington of UNC, who reportedly looked impressive.