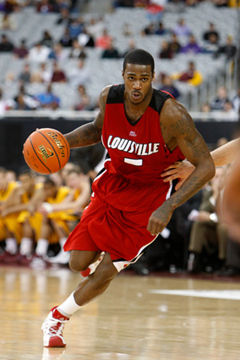 Only one draft prospect has said he wants to play for the Nets and the latest mock drafts suggest he may get his wish. Earl Clark of Louisville (and Rahway) leads James Johnson, of Wake Forest and Ty Lawson of UNC in the latest tally. CBS, NBC, the Star-Ledger and AOL think it's Clark. ESPN and the L.A. Times have them taking Johnson while SI and Draft Express say it'll be Lawson. Dime picks DeMar DeRozan of USC.