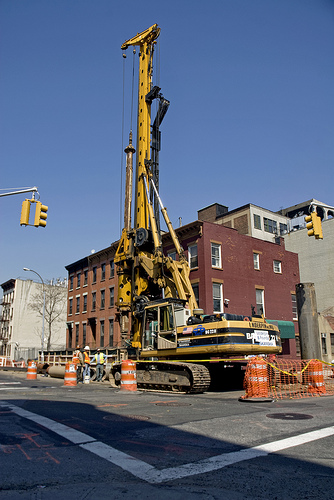 Construction crews have been working outside Freddy's Bar for a while now, waiting for condemnation to permit them to finish the job. On Sunday, patrons at arena critics' favorite watering hole chained themselves to the bar for an hour in a symbolic protest. They pledged to do the same thing when they're asked to leave in a few months. Others opposed to Bruce Ratner have said they'll do the same.