Mr. Bill Gives His Analysis of What Makes a Good Boss

Share All sharing options for: Mr. Bill Gives His Analysis of What Makes a Good Boss 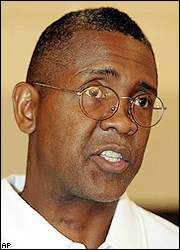 Per team policy, Assistant Coach Bill Cartwright doesn't talk publicly about the Nets. But general questions of leadership and the city of Chicago are okay. The former Bulls' coach was one of several past and current Chicago bosses queried by the Chicago Tribune on the subject of Bears' coach Lovie Smith and his willingness to stick with an underperforming quarterback. Mr. Bill says it's all about winning and team chemistry. Everything else is secondary.